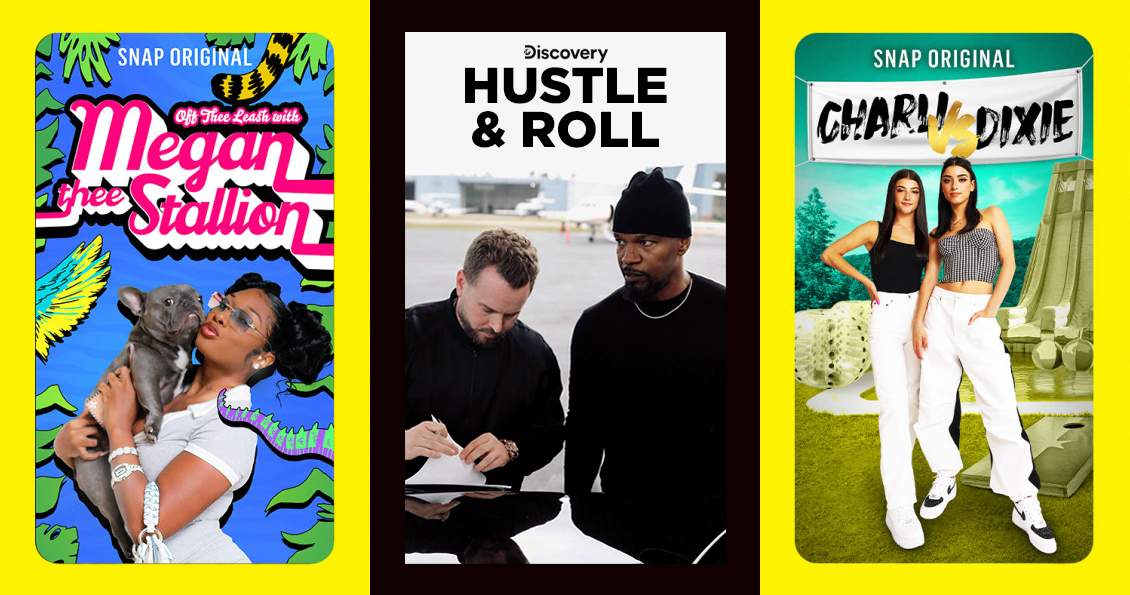 Three new Five All in the Fifth unscripted series, featuring some of the biggest names in music and pop culture, are currently in production.

Discovery Channel has given the greenlight to HUSTLE & ROLL, from executive producer and Oscar-winning actor Jamie Foxx, and production companies Five All, Propagate, and Big Breakfast. The unscripted series follows a group of competitive luxury car dealers, including RD Whittington of @WiresOnly, as they navigate a world where everyone knows everyone, no one trusts anyone, and millions are on the line. Now in production, the series will be available across Discovery platforms.

Alongside Foxx, executive producers include Douglas Banker of Five All, and Ben Silverman, Howard T. Owens, Luke Kelly-Clyne, and Rob Buchta of Propagate and Big Breakfast. For Discovery, Gretchen Morning is executive producer and Olivia Ghersen is associate producer.

Snapchat, meanwhile, has given the greenlight to two series that Five All is teaming up on with Will Smith and Jada Pinkett Smith’s Westbrook Media.

OFF THE LEASH WITH MEGAN THEE STALLION is an interview show starring multi-Grammy-winning artist Megan Thee Stallion, who will chat with celebrity friends — and their pets. Roc Nation's Sam Riddle and Geetanjali Grace Iyer are co-producing the project.

CHARLI VS. DIXIE is a competition series in which the D'Amelio sisters go head-to-head in “epic challenges that test their bravery, athleticism, and ingenuity, while their squad of famous friends judge from the sidelines.”